Upon moving to NYC in the late 90s, Gayla began singing professionally in elite choral groups, including Musica Sacra (Richard Westenberg, dir.) and the New York Virtuoso Singers (Harold Rosenbaum, dir.). With these groups and other freelance professional choirs, she has performed on multiple occasions at Carnegie Hall and Avery Fisher Hall, with the New York Philharmonic, the American Symphony Orchestra, and the Orchestra of St. Luke’s. She also sings regularly in professional church and synagogue choirs.

She toured nationally for 5 years with the Western Wind Vocal Ensemble, a Grammy-nominated 6-voice a cappella group. With them, she recorded several CDs; HOLIDAY LIGHT includes three of her own arrangements and is narrated by Roma Downey. With the Western Wind, she also performed in concerts with Leonard Nimoy and Tovah Feldshuh.

Before moving to New York, Gayla lived in Colorado, where she performed from the age of 18 with western-folk concert ensemble, The Trailriders. 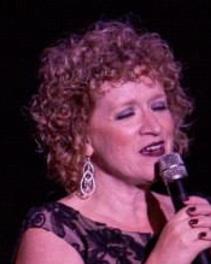 (scroll down for  Sacred/Gospel Solo and ​Ensemble Highlights)